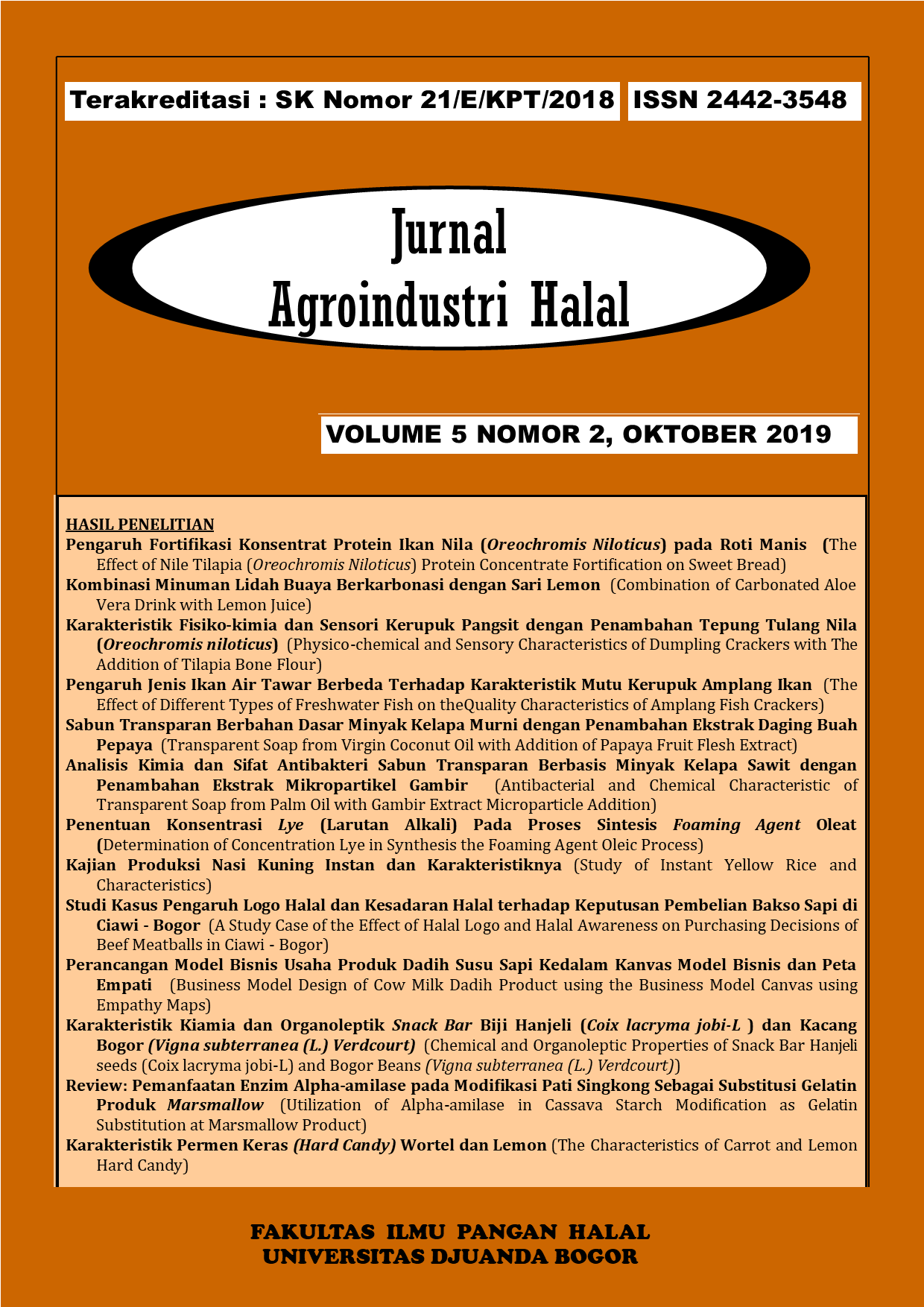 Cassava is one of the Indonesian local commodities. Cassava contains a high amount of starch which can be used as an alternative to gelatin in making marshmallow. This study aimed to analyze: 1) the enzymatic process of starch modification using α-amylase, 2) the effect of incubation time and enzyme concentration on the yield of maltodextrin which close to gelatin, and 3) to utilization of cassava starch maltodextrin as an ingredient of marshmallow product. The result showed that application of marshmallow gelatin substitution using cassava starch has been done. There were three ways of cassava starch hydrolysis, one of them is enzymatic hydrolysis using α-amylase which produces of maltodextrin. This enzyme was an endoamylase that cleaves the α-1,4 glycosidic linkage of the amylose or amylopectin chain. Besides, Bacillus amyloliquefaciens was one of the microbes that can produce α-amylase with good thermostability, about 100-110°C. The exact enzyme concentration and incubation time of starch hydrolysis could produce maltodextrin optimally. However, maltodextrin as a foaming agent and the prevention of crystalline formation had functional properties that approach gelatin, so it can be concluded that maltodextrin was developed further as an alternative to the use of gelatin in marshmallow products.