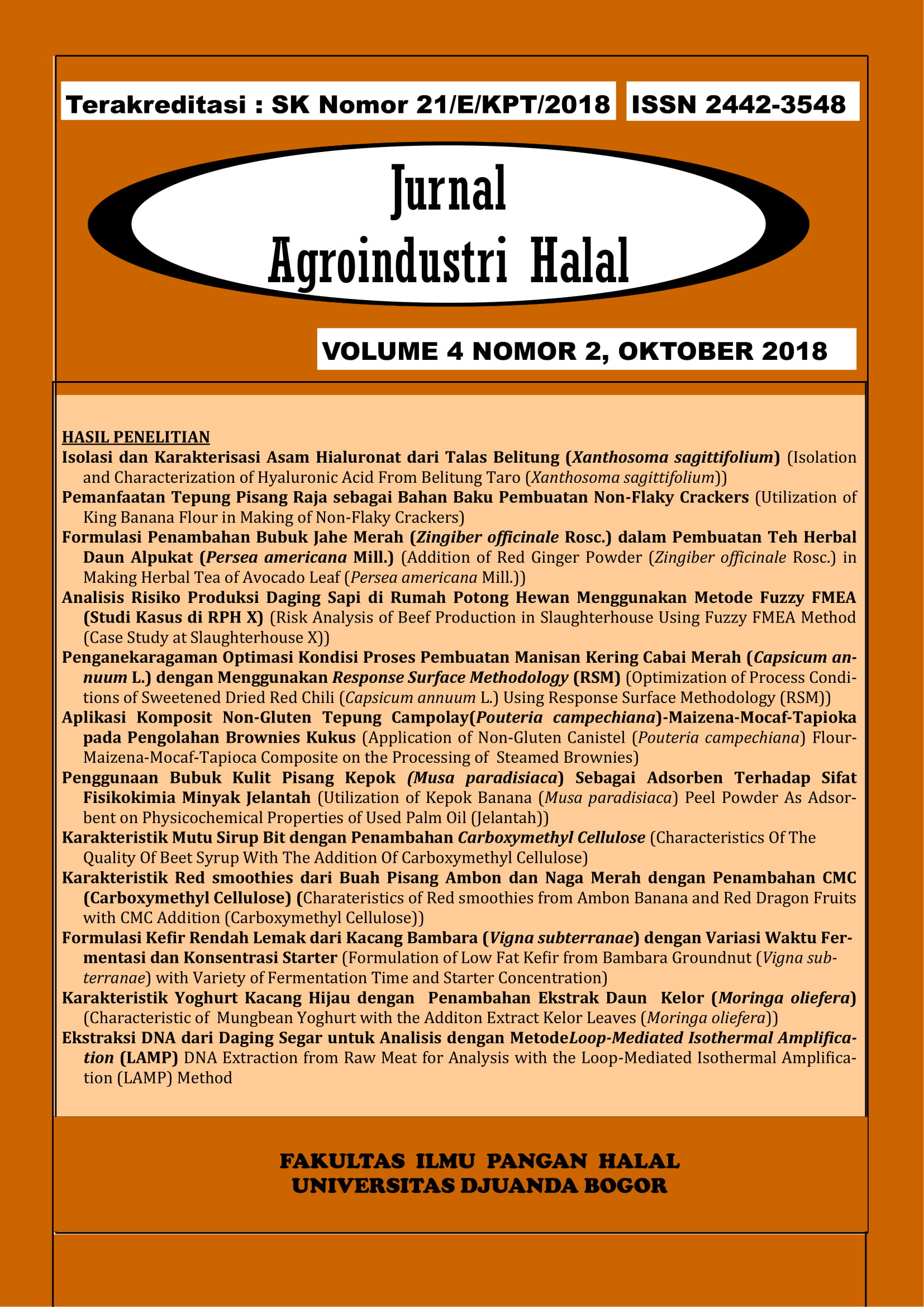 Kefir is one of probiotic product which contains yeast and lactic acid bacteria as the agent of fermentation and a good intestinal microflora. It makes kefir really good for health. But kefir usually made from animal milk, which make the kefir contains high fat. And to make it become low fat product, it should made from plant-based milk. Bogor was famous with its Bambara groundnut, the citizen always called kacang bogor. But they only use it just to be a snack, so to make them become more valuable, it can be made into kefir. The aim of this research was to find out the best formulation of Bambara groundnut kefir with a variety of fermentation time and concentration of starter. There were two kind of raw material that was used, such as 100% Bambara groundnut extract and Bambara groundnut extract with skim milk addition (50:50). The raw material were added with 10% sugar and kefir grains / starter with variety concentration about 2.5%, 5%, and 7.5%. The fermentation process was carried out for 24, 48, and 72 hours. The results showed that the best formulation of the kefir were made from 100% Bambara groundnut with 7.5% starter addition and 72 hours of fermentation. It showed that Bambara groundnut kefir has low fat about 2,43% and the amount of lactic acid bacteria and yeast about 1,5x109 CFU/gram and 4,3x107 CFU/gram respectively. The protein content of it still low, it was about 1,87%.