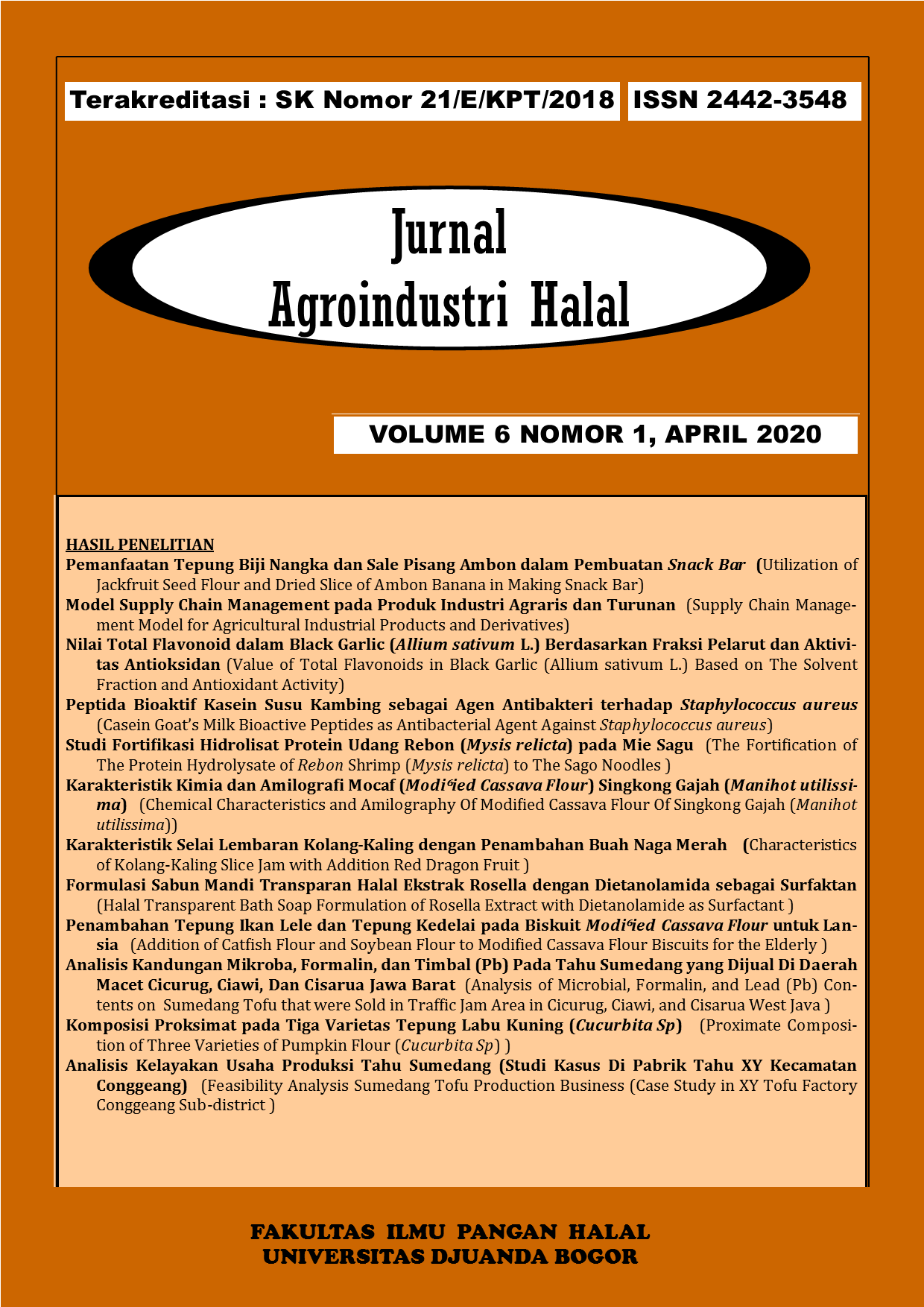 The study aimed to determine the effect of rebon shirmp (mysis relicta) protein hydrolisate fortification to the sago noodles and to observe the characteristics of the sago noodles produced. The research was carried on in February – April 2019 in the  Laboratory of Fish Processing Technology, Integrated Laboratories, and the Fisheries and Marine Chemistry Laboratories at the Universitas Riau. The method used was the experimental method, designedas a non-factorial complete randomized design. The treatment conducted was addingof rebon shrimp protein hydrolysate at 4 level concentrations (0%, 5%, 10% dan 15%). The variables assessed were the quality of organoleptic (appearance, texture, odor, flavor) and the proximate composition. The results showed that the proteinhydrolysate of rebon shrimp at concentration of 15% was the best treatment and in accordance to the quality standards of dried noodles (SNI 01-2974-1996), indicated bythe highest organoleptic qualityof the dried noodles produced, including: the appearance that was brown, less attractive, whole, less neat; the texture that was dry and compact; the aroma that was quite fragrant, spesific rebon shrimp; and the taste that was quite tasty and shrimp flavored. The proximate composition ofthe best product was presented by the content of moisture, ash, fat, protein, and carbohydrate at 7.55%,1.02%, 0.17%, 16.76%, and 74.49%, respectively.