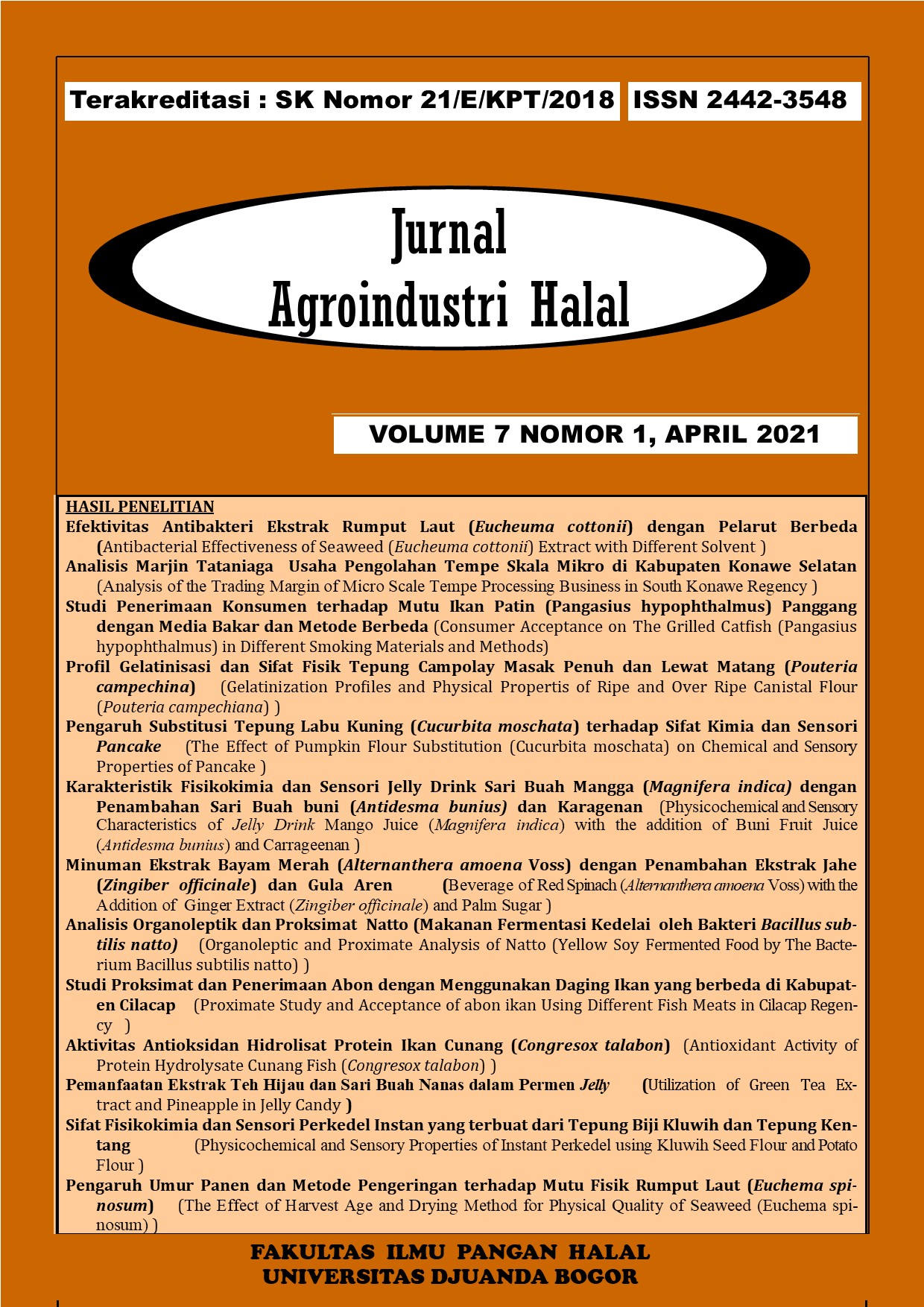 Pancake is a dish that has a sweet and savory taste than baked in a frying pan and is round and flat. So far, pancakes are made from wheat flour, thus increasing the use of wheat flour. Therefore, it is necessary to reduce dependence on wheat flour. One way is to optimize local ingredients, one of which is pumpkin. Based on this background, research was carried out with the following objectives: 1) Analyzing the effect of pumpkin flour substitution on the chemical and sensory characteristics of the pancakes produced 2) Determining the best formulation of pumpkin flour substitution in making pancakes to produce the preferred pancakes. The object of research in this study was a pancake substitution of pumpkin flour which was different, namely 0%, 5%, 15%, 25%. The data analysis method used was the ANOVA method and to find the best formulation used the preference test (Hedonic). The results of the ANOVA study showed that the addition of pumpkin flour had a significant effect on the water content, ash content, fat content and carbohydrate content of the pancakes. The pancake sample that the public likes is sample F2 with the addition of 15% pumpkin flour.