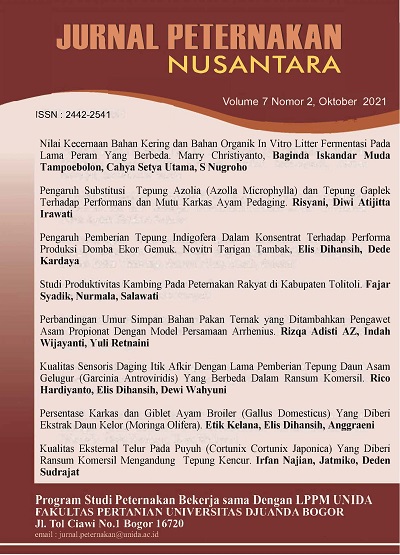 This study was intended to investigate factors affecting productivity and daily live weight changes  of goats at ages of less than 3 months and between 3 and 6 months in Tolitoli. The study was done for three months, from February to June 2013 using descriptive research technique. Data were collected from 135 repondents with the aid of a questionaire and goats were weighed twice a month. Locations of study which were selected purposively were northern area (North Tolitoli and Dakopamean Subdistricts), central area (Lampasio and Ogodaide Subdistricts), and southern area (South Dampal and North Dampal). Results indicated that goat birth rate in the area was 198 %/year, mortality rate was 16 %/year, kid harvest rate was 145 %/year, and natural increase was 39%.  Daily body weight gain for goats aged less than 3 months was 80 g/d, while that for animals aged between 3 and 6 months was 83 g/d.

This work is licensed under a Creative Commons Attribution 4.0 International License. 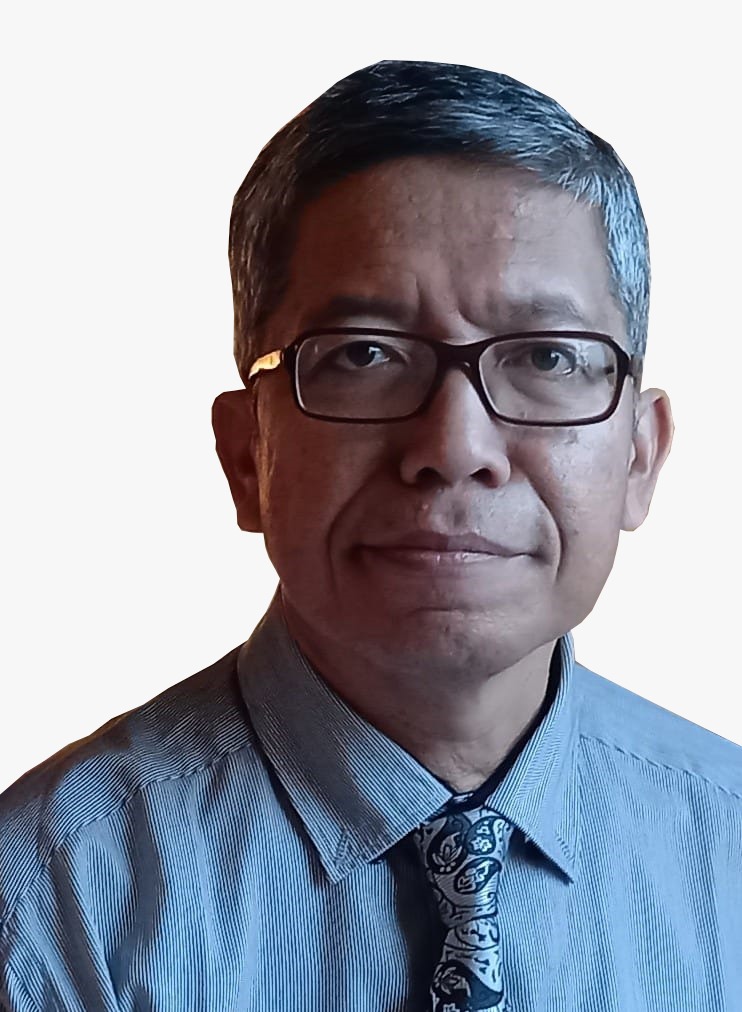 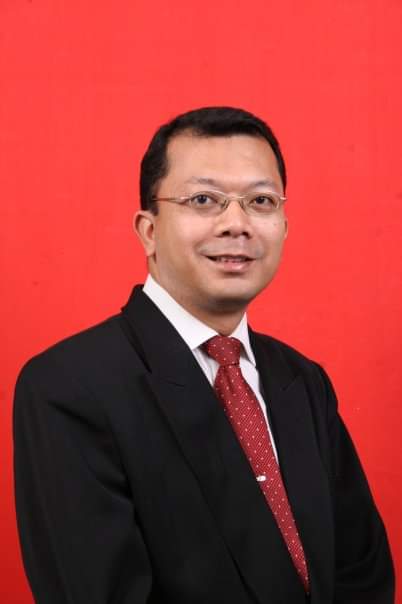 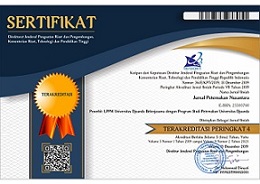