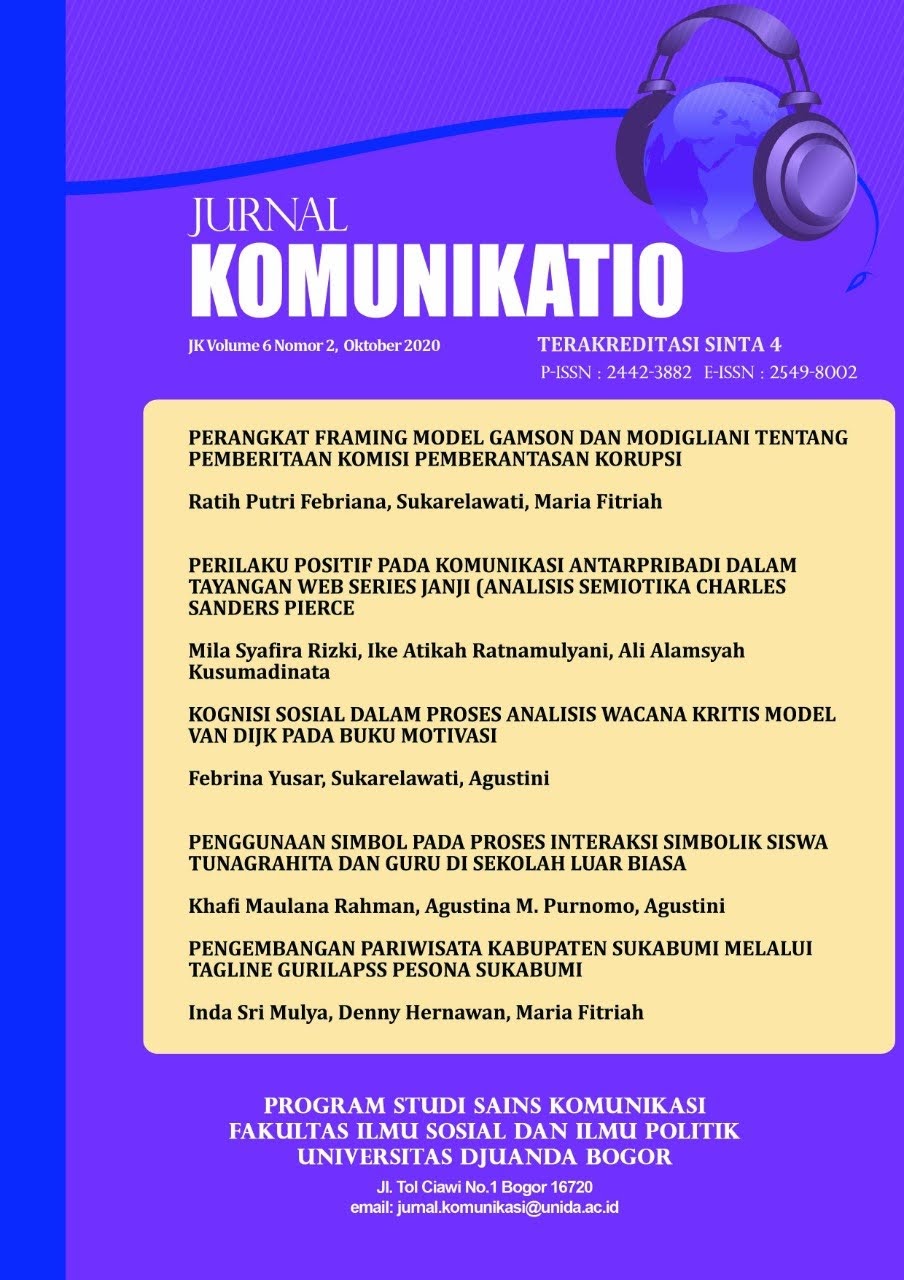 Web series as a form of creativity in advertising that follows the development of times with serialized story packing. Web series JANJI is an advertisement aired on the Tropicana Slim YouTube account, telling story of married couple who had an appointment exam in his life. The study aimed to analyse positive behaviors on interpersonal communication in the display of web series JANJI. The research approach used was qualitative phenomenological with a descriptive method. Data collection was conducted with observation techniques and documentation studies. Charles Sanders Pierce Semiotics theory, that divides signs based on objects such as icon, index, and symbol, was used as the data analysis technique. The results showed that positive behaviors were portrayed by Naya characters in episode one and episode six, the positive behaviour also portrayed by Iko in episode three. This positive behaviour was dared to express his gratitude to the couple, apologizing for making mistakes and living a healthy life starting with the restriction of sugar on the body. 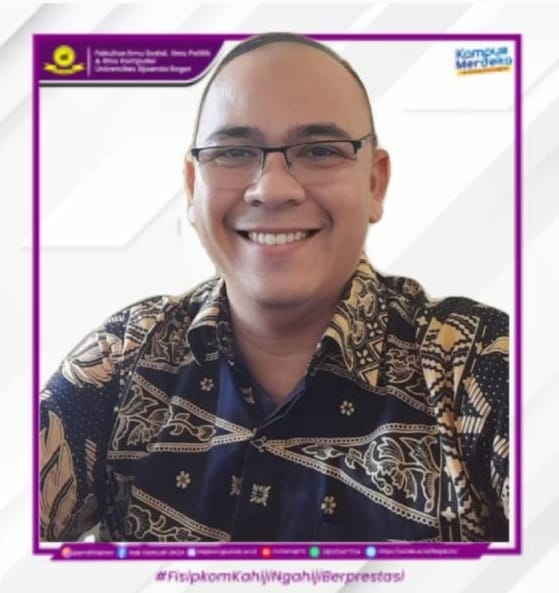 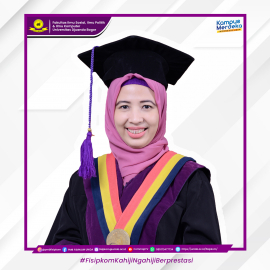